Barefoot running is the art or running barefoot. The concept was popularised in 2009 when Chris McDougall published ‘Born To Run’ and four years down the line the concept is still going strong with almost every sports shoe manufacturer promoting an expanding range of ‘minimalist’ shoes 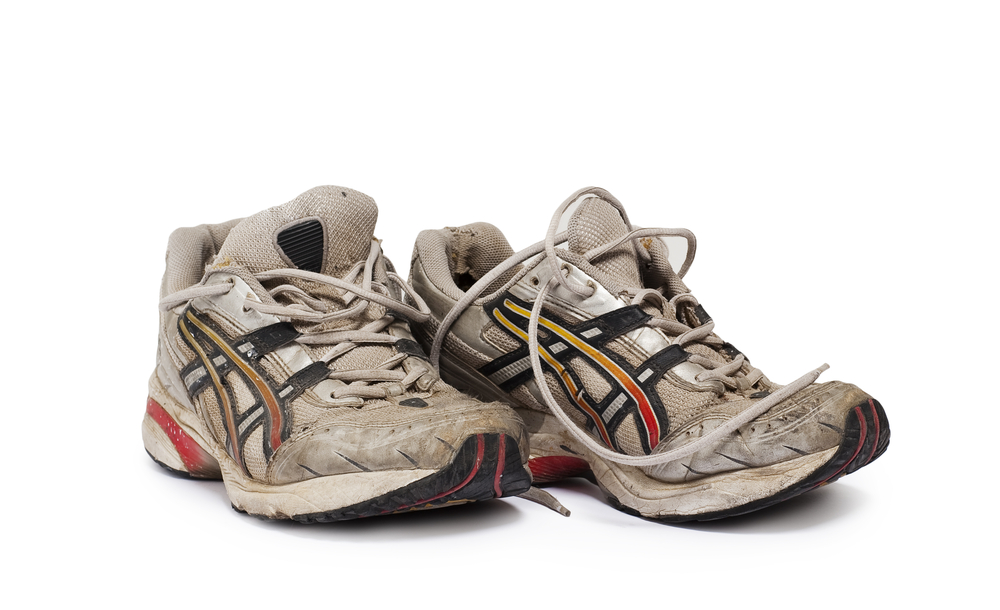 Barefoot running is the art or running barefoot. The concept was popularised in 2009 when Chris McDougall published ‘Born To Run’ and four years down the line the concept is still going strong with almost every sports shoe manufacturer promoting an expanding range of ‘minimalist’ shoes. With an increasing percentage of the population living in developed urban settings, minimalist shoes are the commercial response to the barefoot running movement and it is hard to talk about barefoot running without mentioning its treaded companion. Talking to runners and walkers who have embraced the barefoot movement, it is hard to not think that trainers are the invention of the devil. This article, however, is not a preachy yay or ney but a balanced look at the pros and cons, this article wants you to make up your own damn mind. The reason for this writer’s rebellion is the way barefoot running is being sold. To illustrate my position I will take a quote from an article wirtten by Mr McDougall about barefoot running: “To this day, the Marathon Monks of Mt. Hiei in Japan run up to 50 miles a day in flimsy sandals for seven years. Yet with all this ultra-running going on, no data on running injuries exists prior to the creation of the modern, super-structured running shoe in the 1970s. Does that mean no one ever got hurt? More likely, it means runners were gentler on their legs and landed more softly because they weren’t relying on air-injected foam.” -Chris McDougall, the barefoot running debate The problem is knowledge and data. Data recording and analysis has come a long way since the 1970s which means data on running injuries for the last four decades is relatively easy to come by. Now we have running forums and running blogs accessible on smartphones, to discuss niggles and injuries. However, a Japanese Monk pre 1970 is less likely to pen in fancy scripture his strained ankle ligaments due to a pair of duff sandals. I also mentioned knowledge, before I was aware of pronation I ran in a pair of Nike free’s blissfully unaware that I was a serious over-pronator and that the shoes may be responsible for some embarrassing race photos. “If we assume that most people have an alignment that is bad, one would think that shoes should be used to align the locomotor system appropriately. The facts are most people have an alignment that is fine. Shoes and orthotics do not align the locomotor system in a major way. --Dr. Benno Nigg, founder of the Human Performance Laboratory at the University of Calgary and author of “The Biomechanics of Running Shoes.” “We found pockets of people all over the globe who are still running barefoot, and what you find is that during propulsion and landing, they have far more range of motion in the foot and engage more of the toe. Their feet flex, spread, splay and grip the surface, meaning you have less pronation and more distribution of pressure.” —Jeff Pisciotta, Senior Researcher, Nike's Sports Research Lab. The problem is that humans sometimes forget that they are animals. Intelligent design - be it through God or millions of years of evolution - has resulted in an upright bipedal movement system which can amply accommodate moving very quickly without any support. I guess the pro argument here would be a take on the analogy ‘if humans were meant to fly they’d have wings’ - if humans were meant to run with shoes we’d have some sort of flaw which made barefoot running impossible - but we don’t. As this writer researches this article, he begins to see that there are more pro’s to barefoot running than cons. The cons basically come down a few weeks (or months) of bruising and blisters as your feet adapt to barefoot running footwear. But as I begin to turn towards the barefoot light I read more words of wisdom from McDougall: “But ultimately, the debate isn't about Bare Soles vs. Shoes. It's about learning to run gently. Master that, and you can wear — or not wear — anything you please.” -Chris McDougall, the barefoot running debate What barefoot running ultimately teaches us is good running form. The problem with cushioned and supported shoes is that they act as shock absorbers so the runner cannot feel the ground they are running on - or at least not in the way they would if they were running barefoot. “If a shoe salesman talks to you about “heel-to-toe” transition, or says a rear-foot landing is just fine, politely invite him to demonstrate a heel landing in his bare feet. If he’s foolish enough to try it once, he won’t try it twice.” -Chris McDougall, the barefoot running debate When running barefoot, one naturally runs on balls of ones feet, the pad is thick there and ones toes and body weight make the necessary adjustments to roll the foot through the stride, naturally, supported trainers have un-trained us from this habit. Ultimately the secret to good running, barefoot or otherwise, is good form and good footfall - it just so happens that, at this particular moment, barefoot running is a cheap way of achieving this. 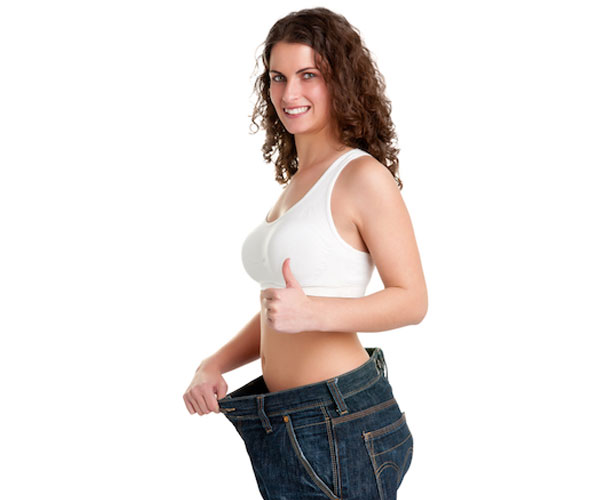 Gaining weight isn't bad and sometimes, it's a sign of good health
03 December, 2019
Are you new to running but finding yourself a few ounces or pounds heavier? Don’t worry. A recent study discovered that a new workout regime can mean there’s some mild inflammation in your body and some small tears in the fibres of your muscles
Learn more 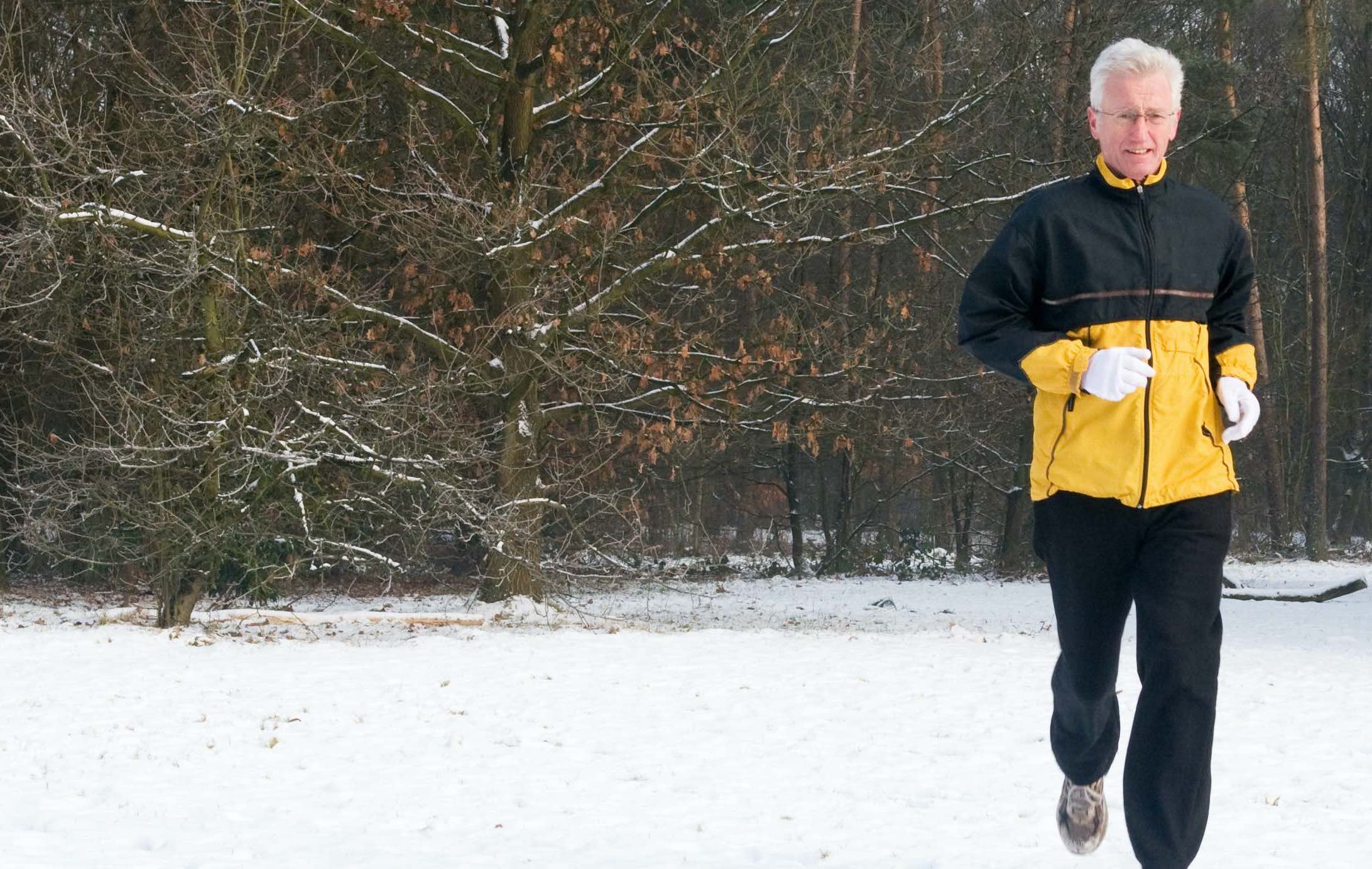 Are you running right? Here's how to exercise safe in the colder months
07 November, 2019
If you’re not one of these who is encouraged to run every day then don’t worry, it’s no surprise for running to lose its appeal at this time of year because of dark evenings, cold air and the knowledge that your family and friends are having fun inside. All of this can trigger a dislike for anything to do with running.
Learn more

5 Running for Beginners Tips
29 October, 2019
By going out for a 5-10-minute walk prior to your run, you can avoid a feeling of tightness in the muscles thanks to a dynamic stretch. When you have completed your run, it’s worthwhile performing stretching exercises to avoid potential injuries and allow your muscles to recover more effectively.
Learn more
Read all running advice articles
Our first community target is 1 Million Miles, make yours count!